The Ninth Archbishop of Chicago - Links and Articles inside 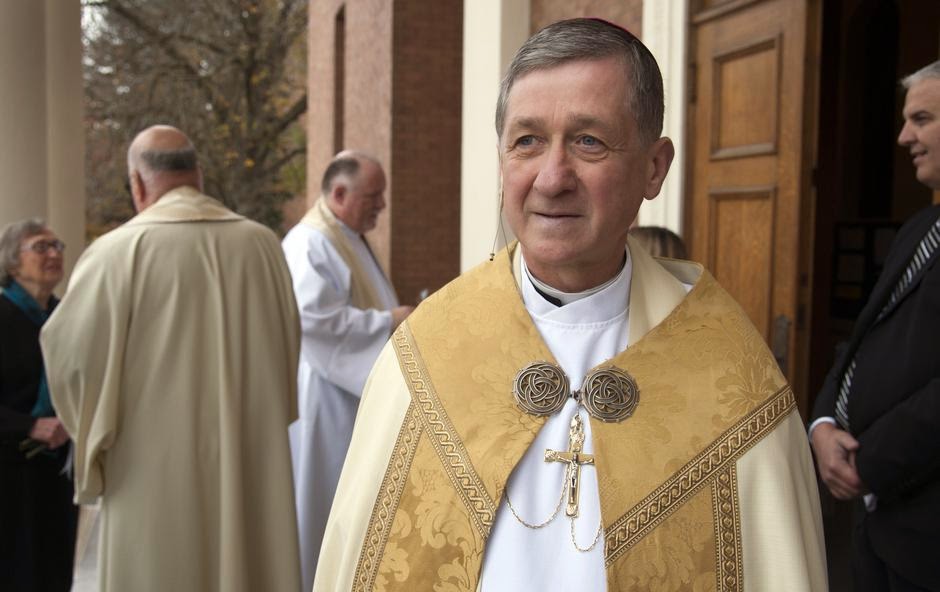 At Roman Noon, the report became reality: the Pope accepted the resignation of Cardinal Francis George for reasons of age, naming Blase Cupich the Ninth Archbishop of Chicago.

As previously relayed, the archbishop-elect will be introduced at a 9.30am Central press conference at the Archbishop Quigley Center, now the Chancery of the nation's third-largest diocese. Livestreams, etc. will follow here then.

Cupich's installation in Holy Name Cathedral has been set for Tuesday, November 18th. On a wider level, meanwhile, the last 48 hours have now brought what could well end up being Francis' two most consequential appointments of his entire pontificate in the English-speaking church.

As reaction goes, suffice it to say, the phone didn't stop ringing from around 2pm yesterday 'til well past midnight. And while the Stateside bench's centrist-progressive bloc was greatly cheered and the more conservative wing is deeply concerned, the one thing everyone had in common was being utterly stunned, both at the choice and its arrival on a timeline far quicker than anybody expected.

Putting one key question to rest, asked about Cupich's proficiency in Spanish for a 2.3 million-member archdiocese now in range of a Hispanic majority, a longtime friend said "He doesn't have it." Here, it's worth reminding that Chicago is home to what's become American Catholicism's largest annual event – the 36-hour Guadalupe feast at the shrine in suburban Des Plaines, which has drawn as many as 250,000 people over recent December 12ths.

For purposes of context, the Des Plaines shrine – a small chapel sharing the grounds of a facility for special-needs kids – barely existed when Francis George was named archbishop. Now, routinely drawing crowds of 7,000 or more on any given weekend, the push is on to build a church on the site that would rival Washington's Basilica of the National Shrine of the Immaculate Conception and LA's Cathedral of Our Lady of the Angels as the nation's largest.

A century ago, Chicago's first cardinal tackled the needs of the future in quickly building the grandest seminary these shores had ever seen. And now, seventy-five years since Mundelein's death, his newest heir as "corporation sole" faces the same task for a different age: to shepherd the Des Plaines project to completion.

Lastly for now, the universal question that's come up over these last hours has been how Cupich entered Francis' radar to become the Pope's defining pick for the US hierarchy's top rank.

On this front, two things stick out. First, as a young locale at the DC Nunciature (1981-87), the now archbishop-elect was secretary to the future Cardinal Pio Laghi, who had been Nuncio to Argentina during the years of the "Dirty War" of the 1970s. As Jesuit provincial in that period, Jorge Bergoglio would've known Laghi – an immensely popular figure as John Paul II's legate to the States – and the now-Pope's respect for him has clearly remained intact.

Secondly, meanwhile, in early June Cupich was tapped to give the lead response at a Catholic University of America conference on the Catholic response to libertarianism, which was keynoted by Francis' ever-present "Vice-Pope," Cardinal Oscar Rodriguez Maradiaga SDB of Tegucigalpa.

While the slot brought a high profile by itself for the Spokane prelate, a friend in USCCB circles termed the reply that emerged as "the finest thing any American bishop has written about Francis."